What Does Thanksgiving Mean to You? 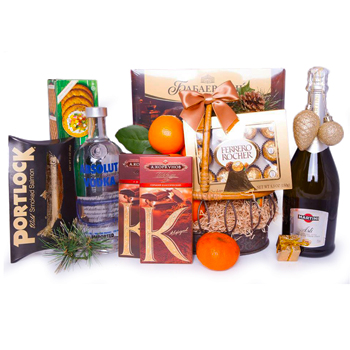 Are you looking forward to Thanksgiving? Or do you dread the holiday? Do you have certain Thanksgiving traditions? Do you think they are the same or different for other people in your school or community?

In this special Thanksgiving Student Opinion, we have selected four articles from The Times that each takes on a different perspective about Thanksgiving. Read the four excerpts and choose the one that resonates most with your experience of Thanksgiving and share your response to the question: What does Thanksgiving mean to you?

In “Turn Off Your Phone for Thanksgiving,” David Leonhardt writes about using Thanksgiving as a time to disconnect from phones, tablets and computers and to focus on connecting with others:

This week, Americans will endure flight delays, traffic jams and other logistical miseries to spend time with family and friends. And when the holiday weekend is ending, many will lament that they don’t get to spend enough time with those relatives and friends.

But during the weekend itself, these same lamenters will spend a lot of time ignoring the people around them and distractedly staring into their phones. They will get a notification and disappear down a digital rabbit hole of Facebook posts, text messages and fantasy-football updates. They will monitor the comments on the photos they just posted, instead of engaging with the human beings in those photos.

Many of us have a complicated relationship with our phones. We enjoy them in the moment. Yet when we reflect on all the time we spend looking at a tiny screen, we feel lousy about it. We pine for a less addictive relationship with the online world.

So let me make a suggestion for this Thanksgiving weekend: Turn off your phone, and keep it off for a full 24 hours. I predict you’ll be surprised by how much you’ll like it.

The nutritionist and writer Christy Harrison acknowledges that Thanksgiving can be an emotionally overwhelming and stressful time and that for some of us, just enjoying food without regret is the best way to remain in contact with our feelings. In “Go Ahead. Eat Your Holiday Feelings,” Ms. Harrison writes:

The Thanksgiving table can be an emotional battlefield. Whether because of resurfaced sibling rivalry, blended-family tensions or mealtime political debate, the togetherness that we hope will inspire gratitude is notorious for causing stress instead. One subtle insult or off-color comment from a relative, and it begins: You feel your blood pressure rising, your palms sweating, your face getting hot. Suddenly, you’re inhaling the sliver of pumpkin pie you’d just been picking at a minute ago. Next, you’re going back for a second big slice. Your stomach already feels full, but you can’t stop eating.

If you’re like many Americans, you then feel guilty. You chastise yourself for handling the difficult moment the wrong way — the “weak” way. For “eating your feelings.”

But eating emotionally, which conventional wisdom says is dysfunctional and even pathological, is actually just a normal part of being human. We don’t turn to food in response to negative feelings because we’re broken or out of control, or because food is addictive. We do it because it’s one of many ways in which we (even the most balanced eaters) cope, and in the grand scheme of things, it’s a pretty harmless one.

We should embrace eating in response to our feelings — pleasure, excitement, sadness and, yes, that special brand of family-inspired stress — at Thanksgiving, and all year long.

In the 2018 article “The First Thanksgiving,” Julia Moskin features the stories of refugee families celebrating Thanksgiving in America for the first time, balancing their own food culture and traditions with the holiday:

This fall, Jana began prekindergarten, and fans of Ms. Anjari’s food helped her publish a cookbook of Syrian recipes. So she decided to take a test run at making her first Thanksgiving feast.

Like many people who have recently arrived in America from other countries, Ms. Anjari, 33, found the holiday a bit perplexing. At home, she said, family celebrations and feast days are reserved for religious events. “People do things in so many different ways here,” she said: how they dress, how they raise children, how they worship. “I was surprised that there’s a holiday that everyone celebrates.”

Before she even began cooking, there were many mysteries to be solved, with the help of people like Jennifer Sit, her co-author on the cookbook; Mira Evnine, who assisted with the book’s photography; and Dave Mammen, part of the refugee task force at Rutgers Presbyterian Church on the Upper West Side.

Were the apples really going to be baked with cinnamon, a spice that Ms. Anjari uses with meat and chicken? Why would you roast a bird whole — how would it get evenly cooked that way? How can macaroni and cheese, one of her children’s favorite dinners, be a side dish? Were the mashed potatoes not going to be seasoned with a little garlic and a lot of caramelized onions, the way she makes them?

“Without it, there isn’t much flavor, no?” she asked, speaking through an interpreter, knitting her expression into a question, as she so often must in her new life.

For some people, Thanksgiving is not a celebration, but rather a time of mourning and healing from the colonial roots of the holiday. In “Thanksgiving for Native Americans: Four Voices on a Complicated Holiday,” Julie Turkewitz compiles the essays of four Native American writers and activists, including Jacqueline Keeler, who writes:

I see, in the First Thanksgiving story, a hidden Pilgrim heart. The story of that heart is the real tale than needs to be told. What did it hold? Bigotry, hatred, greed, self-righteousness? We have seen the evil that it caused in the 350 years since. Genocide, environmental devastation, poverty, world wars, racism.

Where is the hero who will destroy that heart of evil? I believe it must be each of us. Indeed, when I give thanks this Thursday and I cook my native food, I will be thinking of this hidden heart and how my ancestors survived the evil it caused.

Because if we can survive, with our ability to share and to give intact, then the evil and the good will that met that Thanksgiving Day in the land of the Wampanoag will have come full circle.