Live Blog: Remembering 9/11, A Decade On 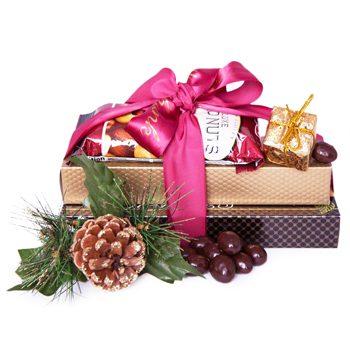 A day of remembrance begins Sunday morning at 8:35 a.m. EST with a somber ceremony at the World Trade Center site and continues across the U.S. The world gift staff will mark the day’s events and monitor the intensified security efforts in New York and Washington, following warnings of a possible al Qaeda plot tied to the Sept. 11 anniversary.

The memorial service will also be livestreamed on Zoom. Registration is not required to join the livestream.

As a tribute of remembrance and resilience, this ceremony will express appreciation for the unity, compassion and courage displayed among those responding to the tragedies brought forth that day.

The service will include a reflection from Chancellor Kent Syverud, offerings of remembrance and resilience, musical tributes, and the ceremonial ringing of 20 chimes and lighting of 20 candles.

Music will be provided by the Syracuse University Brass Ensemble, as well as student vocal ensembles organized by José (Peppie) Calvar of the College of Visual and Performing Arts.

“Over the past 20 years we have witnessed both beauty and brokenness, and by pausing to gather and reflect as a campus community, we hope to spark and sustain healing and hope for all those committed to serving as instruments of peace,” says Rev. Brian Konkol, Dean of Hendricks Chapel.

The program will begin at 8:46 a.m., the exact time the first plane struck the North Tower of the World Trade Center in 2001, and the program will conclude at 9:30 a.m.

All students, faculty, staff and community members are welcome to this service. Please note that on-campus events are subject to public health conditions and Centers for Disease Control and Prevention guidelines. For the latest information relevant to campus, please visit the Stay Safe website.

Eight years after the terrorist attacks of September 11th, 2001, we remember and here, take a look back, and a look at the present. This year’s remembrance is emphasizing volunteerism and service, honoring the private citizens that volunteered after the attacks and encouraging the observance of the anniversary to be a day of service. Construction at Ground Zero, the site of the former twin towers, is years behind because of construction delays, design disputes and litigation involving developers, state and local officials and insurance companies. At this point, One World Trade Center (formerly the Freedom Tower), the 120-story anchor building on the site, is scheduled for a 2013 completion. (38 photos total)

David Filipov looks for a picture of his father, Al Filipov, at the Tribute WTC Visitor Center in New York City. The center is run by the September 11th Families Association as a museum and memorial to the victims and history of the World Trade Center and the 9/11/2001 attacks. Filipov’s father was on American Airlines Flight 11, the first plane flown into the towers. (Scott Lewis)

2The Falling Man. A man, whose identity remains unknown, falls headfirst after jumping from the north tower of New York’s World Trade Center after it was atacked on Tuesday, Sept. 11, 2001. This now-famous photograph has become iconic, and inspired an article in Esquire magazine, and a later documentary movie. (AP Photo/Richard Drew) #

4An aerial view on September 17th, 2001 shows only a small portion of the scene where the World Trade Center collapsed following the Sept. 11 terrorist attack. Surrounding buildings were heavily damaged by the debris and massive force of the falling twin towers. (U.S. Navy photo by Chief Photographer’s Mate Eric J. Tilford) #

5An aerial view of the recovery operation underway in lower Manhattan at the site of the collapsed World Trade Center on October 4, 2001. (Andrea Booher/ FEMA News Photo) #

6A street scene in lower Manhattan near the site of the terrorist attack on the World Trade Center in New York on Tuesday, Sept. 11, 2001. (AP Photo/Richard Drew) #

7Firemen continue to fight the fires that sprout up from within the rubble of the World Trade Center in this September 19, 2001 file photo. (REUTERS/PA2 Tom Sperduto/US Coast Guard) #

8Sunlight filters into the still-smoldering site of the World Trade Center attack highlighting the remains of Tower Two as workers riding in a basket suspended from a giant crane hover above, Saturday, Oct. 27, 2001, in New York. (AP Photo/William C. Lopez) #

9Firefighters make their way over the ruins of the World Trade Center through clouds of smoke as work continues at ground zero Thursday, Oct. 11, 2001, in New York, one month after the terrorist attacks on the Trade Center. (AP Photo/Stan Honda) #

10The sun streams through the dust over the wreckage of the World Trade Center on September 15, 2001. (Andrea Booher/FEMA News Photo) #

11Exhibit #P200336 from the United States v. Zacarias Moussaoui Criminal trial No. 01-455-A – A collage of photographs of almost 3,000 victims, nearly all of those who were killed during the terrorist attacks on September 11, 2001 (missing are 92 of the victims and all of the terrorists). (USDOJ) #

12The “Tribute in Light” is seen near the World Trade Center site on September 10, 2009 in New York City. (Mario Tama/Getty Images) #

13Drops of rain fall through the “Tribute in Light” near the World Trade Center site on September 10, 2009 in New York City. (Mario Tama/Getty Images) #

14An airfone recovered from the wreckage of Flight 93, left, and a Pentagon ID from Patrick Dunn are seen at an exhibit at the Smithsonian containing artifacts from the 9/11 attacks, Wednesday, Sept. 9, 2009 in Washington, D.C. (AP Photo/Evan Vucci) #

16The mangled TV antenna from the World Trade Center anchors the 9/11 exhibit with a wall of that days front pages from around the world at the new Newseum building on April 1, 2008 in Washington, D.C. (TIM SLOAN/AFP/Getty Images) #

20In this U.S. Navy file photo of May 28, 2002, cleanup and recovery workers carefully lower a steel beam, the “Last Column” – the final piece of debris to be removed from Ground Zero in a ceremony at the World Trade Center disaster site in New York. (AP Photo/ U.S. Navy, Photographers Mate 2nd Class Bob Houlihan) #

21Workers and officials watch as the historic “Last Column,” (covered in white) site is returned on August 24, 2009 for permanent installation in the 9/11 Memorial Museum at the WTC site in New York. The 36-foot high “Last Column” was covered in tributes from workers, rescue personnel and family members before the column was removed from the site, marking the end of the recovery efforts in May 2002. (STAN HONDA/AFP/Getty Images) #

24A young woman’s picture is surrounded by umbrellas as friends and relatives of the victims of the Sept. 11, 2001 attacks gather for a commemoration ceremony at Zuccotti Park, adjacent to ground zero, on the eighth anniversary of the terrorist attacks on the World Trade Center, Friday, Sept. 11, 2009 in New York. (AP Photo/Jason DeCrow) #

25Frances Watson holds a picture of her niece CeeCee Coss Lyles, who was a flight attendant of United Airlines Flight 93, in front of a plaque unveiled by US House Speaker Nancy Pelosi and Senate Majority Leader Harry Reid dedicated to Flight 93, at the East Front Lobby of the Capitol Hill in Washington, DC, on September 9, 2009. (JEWEL SAMAD/AFP/Getty Images) #

26Tom Cody, a policeman from Chicago plays bagpipes in tribute to the passengers and crew of United Flight 93 at the Flight 93 Temporary Memorial outside Shanksville, Pennsylvania, September 10, 2009. (REUTERS/ Jason Cohn) #

29A family member of a victim of the 9/11 attack walks through the Pentagon Memorial before a rememberance ceremony September 11, 2009 in Arlington, Virginia. U.S. President Barack Obama joined staff and family members at the Pentagon to comemorate the eighth anniversary of the September 11 attacks. (Mark Wilson/Getty Images) #

30A woman takes a photo of a plaque that honors the victims of Flight 93 that was unveiled at the U.S. Capitol Wednesday, Sept. 9, 2009, in Washington, D.C. (AP Photo/Evan Vucci) #

31Sarah Wainio shows the name of her sister Honor, who was killed on Flight 93, tattooed to her wrist, Wednesday, Sept. 9, 2009 in Washington, D.C. (AP Photo/Evan Vucci) #

32In this Sept. 2, 2009 photo, Angie Kardashian, who worked as a volunteer in New York after the 9/11 attacks, poses for a photo at her home in Tustin, Calif. Emphasis on volunteerism and service is being made on this 8th anniversary of the attacks. (AP Photo/Chris Carlson) #

33Campers danced during nearly the entire lunch on Wednesday, August 19, 2009 in America’s Camp, a camp set up in 2002 for kids who lost a parent (or parents) in the attacks of 9/11, and also for children of fire fighters or police officers killed in the line of duty. (Dina Rudick/Globe Staff) #

34Family members of victims pay their respects at the site of the former twin towers on the eighth anniversary of the attacks on the World Trade Center, in New York, September 11, 2009. (REUTERS/Gary Hershorn) #

37Flowers float in the reflecting pool after family members of victims placed them as they gathered at Ground Zero during a 9/11 memorial ceremony on September 11, 2009 in New York City. (Chang W. Lee/Getty Images) #

38Flowers now fill the reflecting pool during the eighth anniversary remembrance of the attacks on New York and Washington, in New York September 11, 2009. (REUTERS/Chip East) #